Coach Lewis Theobald is the MIAA Coach of the Year
For the 9th time!

KC Fusion prides itself on being the college and high school soccer preparatory soccer development club in the Kansas City area. There are more college and high school head coaches on our staff than any other club in the region. It is with great honor that we profile one of our own – University of Central Missouri Women’s Head Soccer Coach Lewis Theobald – for his and his team’s amazing accomplishments.

The UCM Jennies are having a historic 2017 season. The team is ranked #1 nationally by United Soccer Coaches amongst all NCAA Division II programs. The team’s perfect 21-0-0 record is a testament to its skill, determination and hard work. Defensively, the Jennies have only conceded three goals all season.

2016 marks Theobald’s 11th season at UCM, where he has amassed an impressive 190-27-18 record. He entered this season as the second-winningest active coach in women’s Division II soccer with an .834 winning percentage. Theobald has been named the MIAA Coach of the Year for the 9th time in 11 seasons.

It’s not just at UCM that Theobald’s skills are appreciated. He also excels as the KC Fusion Assistant Technical Director. “Lewis applies the same work ethic, commitment to excellence, and discerning evaluation to Fusion that he has used to make the University of Central Missouri one of the top collegiate programs in the country,” said Jason Pendleton, Executive Director of KC Fusion. “We are excited that Lewis can bring his experience helping kids reach the highest levels to our players.”

“In my time with Fusion, I had the opportunity to work with many different coaches and I developed as a player and person,” said Hamner. “Lewis has built a great program here at UCM and I have enjoyed being a part of such a challenging, competitive, and dynamic environment every day. Fusion helped me to become the player that I am today, showed me how to be a coachable player and prepared me to further my soccer career. I feel very fortunate to have landed at UCM with Coach Lewis and feel as though I have grown a lot in his program as well.”

Theobald joined KC Fusion in 2015 because of the player-centered culture and tradition of high performance. This commitment to developing players shows as former Fusion players seek and are able to join and contribute to one of the best and most successful college programs in the country. 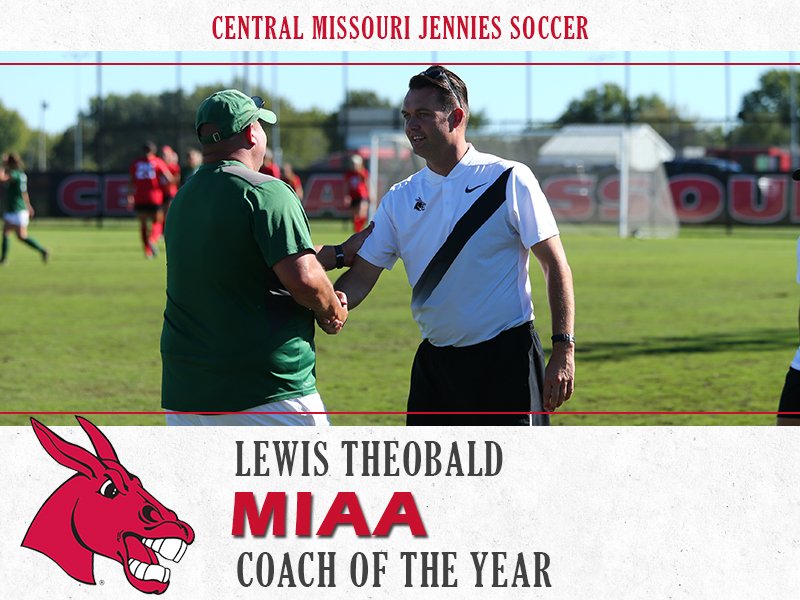